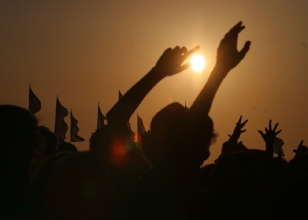 The Glastonbury Festival welcomes media interest at our unique event and we do try to accommodate media coverage wherever possible. However, the Festival does have a media access policy and we would be grateful if you could consider the below before suggesting any proposals to the Festival.

The Glastonbury Festival host broadcaster is the BBC who are the Festival’s multi-media broadcast partner. BBC Worldwide are our international television distribution partners. We also hope that you understand that the Festival also have a proactive ethical policy which means that we will always be concerned what companies or organisations are linked to the festival, even if indirectly.
We will agree to specific requests for filming where both the nature of the filming and the end use of any recordings are agreed. Each request will be looked at on a case by case basis but for general guidance the following applies:

Please ensure that you have read the GLASTONBURY FESTIVAL BROADCASTER FILMING AND INTERNET POLICY at: http://www.glastonburyfestivals.co.uk/Information/media/broadcaster-internet-and-filming-access-policy