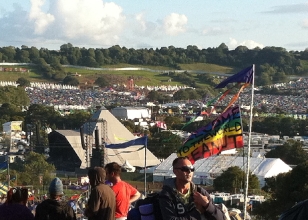 Glastonbury Television was set up in 1994 to help the Glastonbury Festival produce live coverage of the Festival for British television. In 1994 and 1995 Channel 4 paved the way with over 10 hours of live coverage from each Festival – and with over 1 million armchair fans watching the programmes each day.

After one of the Festival’s regular ‘years off’ in 1996, BBC Television took over the coverage and had to contend with the legendary mud baths of 1997 and 1998. By 1999, The Pyramid Stage, The Other Stage and the Jazz World Stage (now the West Holts stage) all enjoyed high profile coverage on BBC2 and BBC Choice (nowBBC3). As the years went by coverage was extended and has reached into the Dance Tent and to the New Bands Tent (now the John Peel Tent). The programmes hope to capture some of the flavour of the Festival weekend and apart from the excellent music slots, roving reporters scour the site for fun, frolics and festival feedback. The BBC’s coverage now includes comprehensive coverage on BBC2 and BBC3, special programmes on BBC4 and BBCHD, live webstreams on bbc.co.uk and an interactive channel (the ‘red button’ on digital TV). The BBC also covers the festival on radio with 6Music being the Festival’s main radio partner with further coverage on Radio 1, Radio 2 and Radio 4. In 2011 the coverage extended to over 30 hours on TV and nearly 100 in total was broadcast live in the UK, with over 18 million viewers over the Glastonbury weekend.

In 2005 a special DVD called Glastonbury Anthems was released by EMI featuring tracks from some of the legendary performances at Glastonbury including Paul McCartney, Franz Ferdinand, Faithless, Robbie, Coldplay and many more. In April 2006 a special feature film about the festival directed by Julien Temple and simple titled Glastonbury was released in cinemas, and as a DVD by Pathe. A number of individual performances form the Festival have already been released on DVD  including Sir Paul McCartney (2004) Moby’s (2004,) Muse’s classic blistering set and the Pet Shop Boys in 2010)

Archive television programmes are distributed each year internationally by DCD Rights and current television specials are distributed by BBC Worldwide and can be seen as far afield as New Zealand, China, Brazil, Canada and the USA. In 2004 we started filming in high definition TV (HDTV) for Japan. China and the USA and now all coverage in the HD format.The archive is managed by Glastonbury Television (ben@glastonburyfestivals.co.uk).  BBC Radio International sends special radio programmes all around the world.

The profits from television go towards the Festival’s charitable aims: At the moment these are Greenpeace, Oxfam and WaterAid. The Festival’s official website is at www.glastonburyfestivals.co.uk.

This Rate Card applies for use of material filmed at the Glastonbury Festival. Our archive extends from 1994 to 2011. 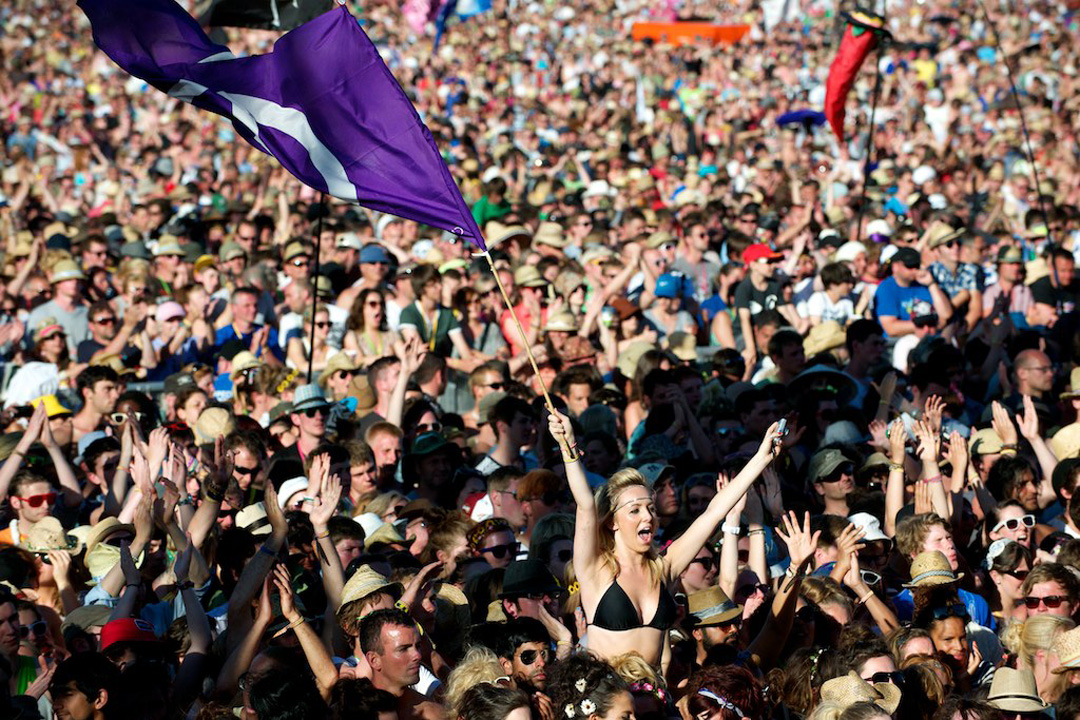 Advertising / Promotional use per minute by negotiation although the Festival rarely agrees to brand association.  The words Glastonbury and Glastonbury Festival, and the festival’s logo are registered UK and European Community Trade Marks

In addition the cost of master tapes and viewing copies must be paid. These can be booked (with permission) and on provision of a purchase order at Ace Post Production: 0208 968 1090 (Sonia or office@acepostproduction.co.uk.

The above licence fees are for master tape use. Where appropriate the Licensee will be responsible for relevant third party royalties and residuals including without limitation synchronisation licences and with videos and DVDs the per unit’ mechanical payments usually made to the MCPS. For DVD/video use the licensee will be responsible for any record company or artist clearance and royalty payable to the artist(s) featured.

The Licensor in all instances will be The Television Company on behalf of Glastonbury Festivals Limited c/o 8 Henley Prior, Collier Street, London N1 9JU