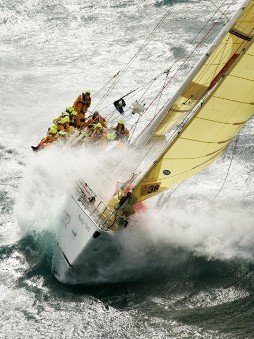 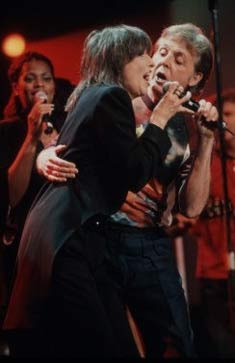 The BT Global Challenge (1996-1997)
Various footage from this classic yacht race including the live re-start in Cape Town and on-board footage shot on the yacht ‘Motorola’.

We are members of Focal International.
See: http://www.focalint.org 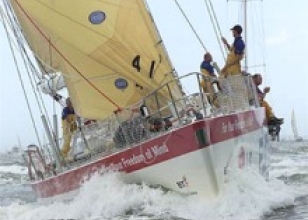 Between 1996 and 1998 The Television Company acted as broadcaster advisor to BT, sponsors of the BT Global Challenge, the world’s toughest yacht race.

Inspired by Sir Chay Blyth, the BT Global Challenge embodies the belief that ordinary people are capable of extraordinary achievement. The 14 yachts with professional skippers and amateur crew volunteers race round the world the ‘wrong way’ against prevailing winds, tides and currents. The race pits the crews of 14 identical steel yachts against each other and the elements including the uniquely hostile environment of the Southern Ocean.BBC Pebble Mill produced 7 x 30 minute and 1 x 40 minute programmes from the race for BBC2 and international coverage included EuroSport, Sky Sports, TVNZ and M-Net. TVNZ covered the live re-start of the Race from Wellington and M-Net covered the live re-start of the Race from Cape Town.

Ben Challis, Managing Director of The Television Company, sailed onboard the yacht ‘Motorola’ as a volunteer ‘legger’ on the 1,250 mile leg between Wellington, New Zealand and Sydney, Australia.

Here There & Everywhere: A Concert For Linda 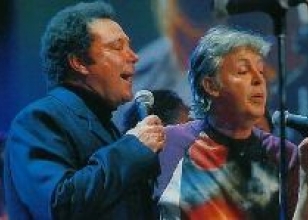 Late in 1998 The Television Company was asked to work with a small group of Linda McCartney’s friends to organise a concert celebrating Linda’s life and supporting animal welfare charities. Fronted by Chrissie Hynde, the Pretenders pledged their support and soon we had an eclectic all star bill which included George Michael, Tom Jones, Des’Ree, Elvis Costello, Johnny Marr, Ladysmith Black Mambazo, Neil Finn and Sinead O’Conner.

The venue was the Royal Albert Hall and the date was set for April 10th 1999. After the concert sold out in 15 minutes we secured an evening slot on BBC1 in the United Kingdom. The Concert was a roaring success and culminated in a moving performance from Sir Paul McCartney and his ‘all star’ band. 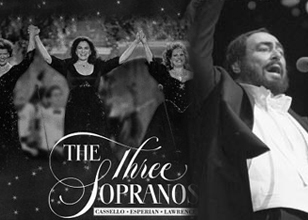 In 1999 we were asked to act for Granada Television and OnDigital as executive producers of the 1999 Luciano Pavarotti spectacular held at Earl’s Court London on June 19t where the great tenor was joined by sopranos Kathleen Cassello, Kallen Esperian and Cynthia Lawrence. The concert was broadcast live and exclusively by OnDigital and a repeat was shown on BBC1 at Christmas 1999.

Promoted by 3A Entertainments

This programme is distributed internationally by Granada Media